The Distribution of Views of The Joe Rogan Experience

Elon Musk has been in the news recently, and when I saw that he appeared on The Joe Rogan Experience (JRE), I became curious about the number of views that various JRE podcasts get.

I grabbed the view data from Youtube on May 8, 2020. Here are the top 30 most-viewed videos on the PowerfulJRE channel: 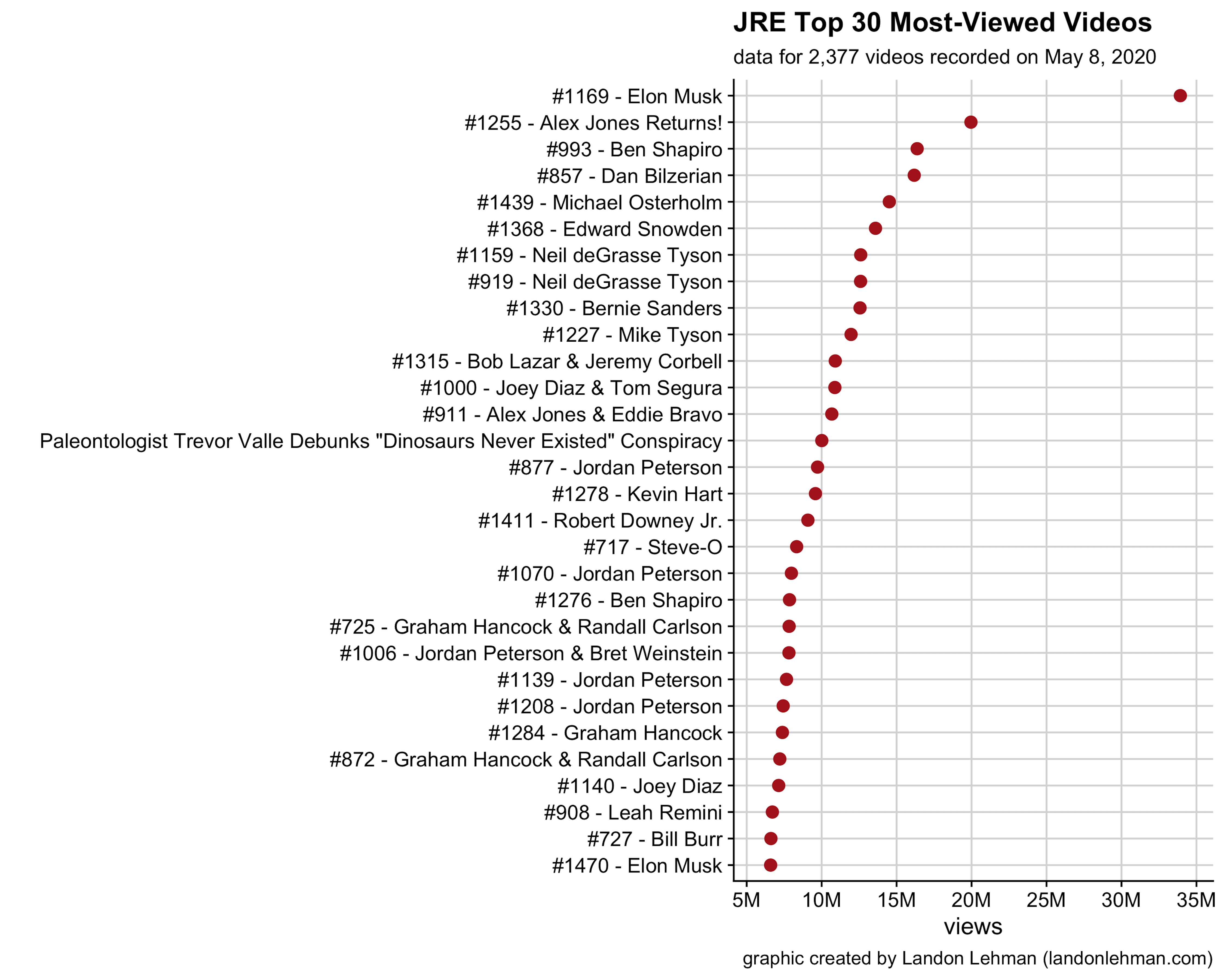 Musk’s first appearance on #1169 has by far the most views of any JRE episode - almost 35 million! The May 7th appearance on #1470 was already the 30th most-viewed video on May 8, and has probably moved up since then. 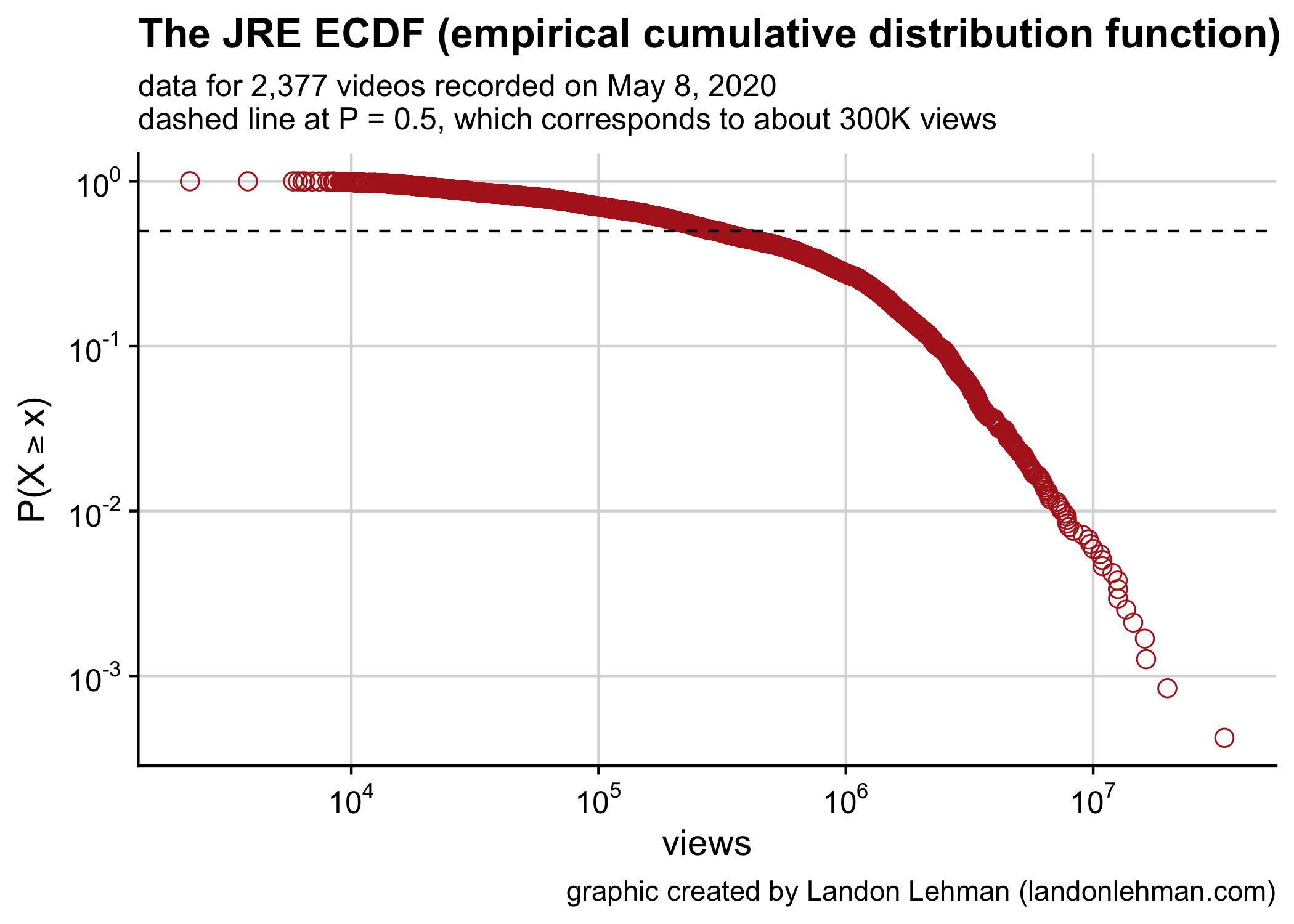 The first Elon Musk appearance is the point that is lowest and furthest to the right.

If you pick a video from the channel at random, there is a 50% chance that it has 300K or fewer views. I didn’t filter for just JRE episodes, so this includes various small clips and videos that are not full-length podcast episodes. Here are some other quantiles: 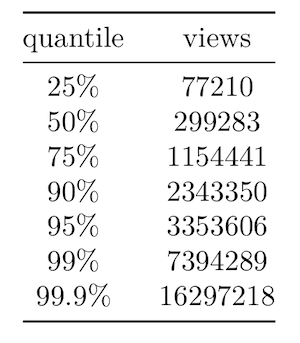 Views are not necessarily in a one-to-one correspondence with people, but for an order-of-magnitude comparison, the current US population is about 330 million.