Once upon a time, in a small town, there were two carpenters: Bob and Tom. Bob was an honest, hardworking carpenter with a good reputation. Tom was a somewhat incompetent carpenter with shady business practices.

This is an example of Simpson’s Paradox. Briefly stated, Simpson’s Paradox is the fact that associations can reverse direction when taking conditional probabilities. Another way of stating it is that aggregated and disaggregated data can show opposite results (in the above example the result is the answer to the question: “Which carpenter has a better satisfaction rate?”). Note that this second way of stating the paradox does not involve probability - Simpon’s Paradox is purely algebraic and not statistical. 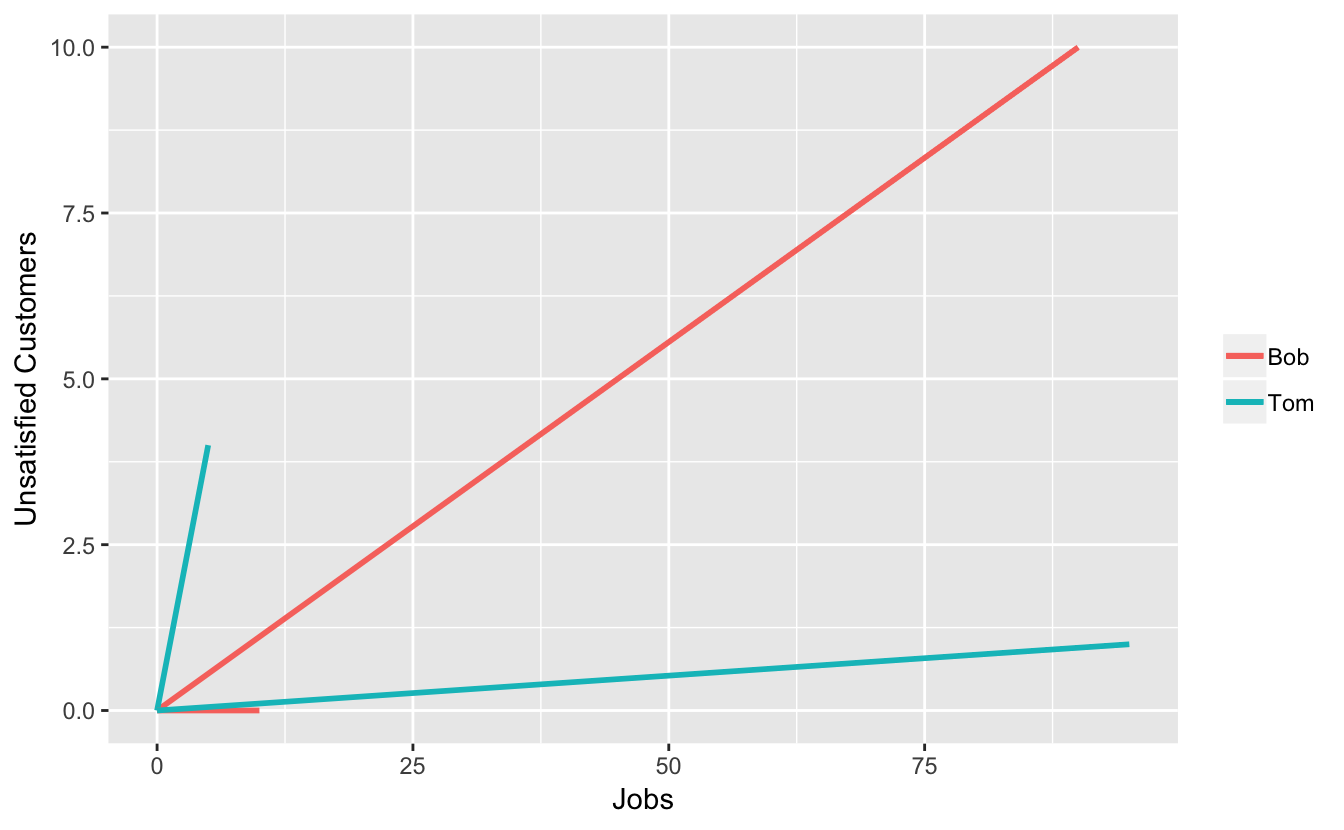 Note that for each type of job, Tom’s vector has a larger slope than Bob’s, meaning Tom had a greater proportion of unsatisfied customers. Now add each carpenter’s vectors to get the overall proportions: 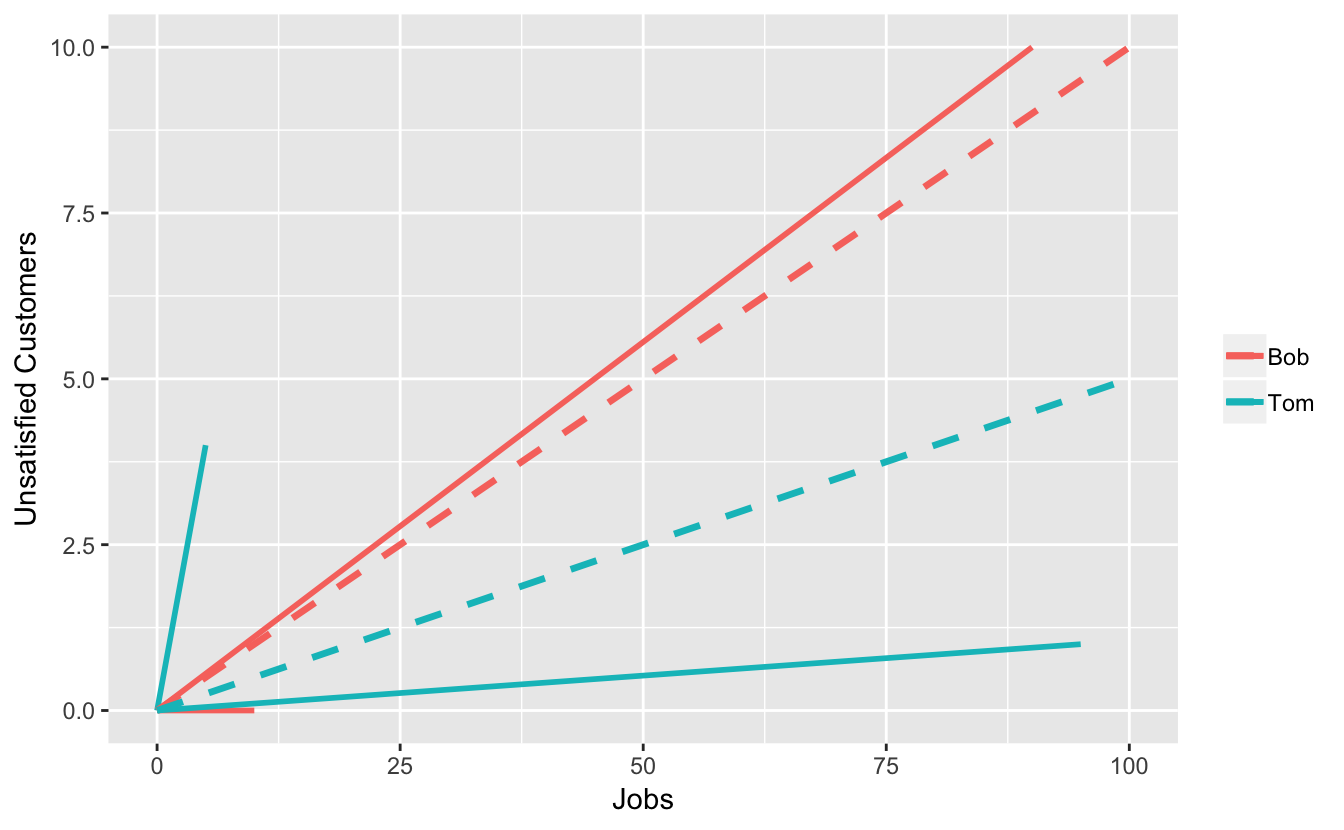 The vector sums are drawn as dashed lines. Bob’s overall vector has a higher slope than Tom’s, even though the two vectors that contributed had lower slopes than the respective ones for Tom.