Here is an interesting problem having to do with dice and probability.

Given this new die, roll it repeatedly and record the results of each roll. What is the probability that you will roll 6 ones before you roll 6 twos?

This is a geometric series, and is easily summed to give

Mathematica can do the sums:

I checked these theoretical results by simulating the problem in R. Here is a function that performs one iteration or trial of the problem:

There are several possibilities for further exploration of this problem. First, the method I used to calculated the probabilities does not scale well as \(N\) increases. The time it takes Mathematica to calculate higher values of \(N\) seems to go up exponentially. There is probably a simpler way to get the terms without doing the sums over \(k\), likely by using generating functions. 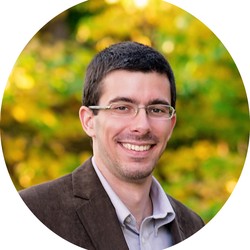